How to win a Defamation Case in Small Claims Court 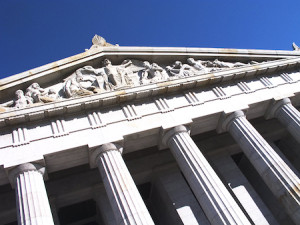 “Defamation” is an umbrella term for a reputational damage claim, and is defined as the issuance of a false statement about another person which causes that person harm. There are two tortious acts that fall under the defamation umbrella: libel and slander. Libel describes the making of defamatory statements in a fixed medium, such as a magazine, newspaper, or the Internet. Slander is the making of defamatory statements by one or more spoken representations.

Any defamation case must include the following elements:

If all of those elements are present, then your defamation case will likely pass judicial scrutiny.  However, before filing your defamation case in small claims court, make certain that it falls within the type of cases that the court has jurisdiction over. Review the state court rules page to research your state’s law to see if it allows the small claims court to hear cases of this type.

Even if you can bring a defamation case in small claims court, think twice before doing so. The issue is the subjective nature of the damages you suffer. It’s difficult (if not impossible) to put a set dollar amount on damage to your reputation, and small claims court really isn’t the venue to present the amount of evidence you’ll need to present in order to prove your damages. If you’ve really been harmed, you should strongly consider taking your case to an upper court.

In some cases, however, you may be able to ascertain a set amount of damages that fall within the court’s jurisdictional limit. In that case, you might elect to file in small claims court to take advantage of the speed and simplicity of the trial process to bring your case to a speedy conclusion.

If you elect to proceed in small claims court, here’s what you need in order to win:

2.  Proof that the statement is untrue.  This can be surprisingly difficult.  If someone says you stole from them (and you didn’t), then you’re forced to prove a negative.  The best way to do this is to grill the defendant on the witness stand, and force him or her to admit that there was no reasonable grounds to make the statement.

3.  Concrete evidence of damages.  In most circumstances is very hard to obtain.  An exception to this general rule would be a case like the following scenario:

An interior designer just signed up a client for a job that had a $10,000 flat fee.  Before the designer had the chance to get started, the client read a post about the designer online that said she was a thief, and immediately canceled the engagement.  The designer has clear-cut damages.

If you don’t have a scenario that’s similar to this, you should think twice before going to small claims court.