Dog bites are so common that every state has enacted a statute on how to handle them (and animal attacks in general). Before you file suit, make certain to research your state’s dog bite statute.

Most states have adopted a strict liability standard in their dog bite statute, which holds the dog’s owner responsible for any harm they may cause, regardless of whether the dog is or isn’t normally aggressive, and whether the owner was somehow negligent. Depending upon your state, the dog bite statute might apply to non-bite injuries as well as bites.  The following is a list of states that have adopted some version of a strict liability standard. 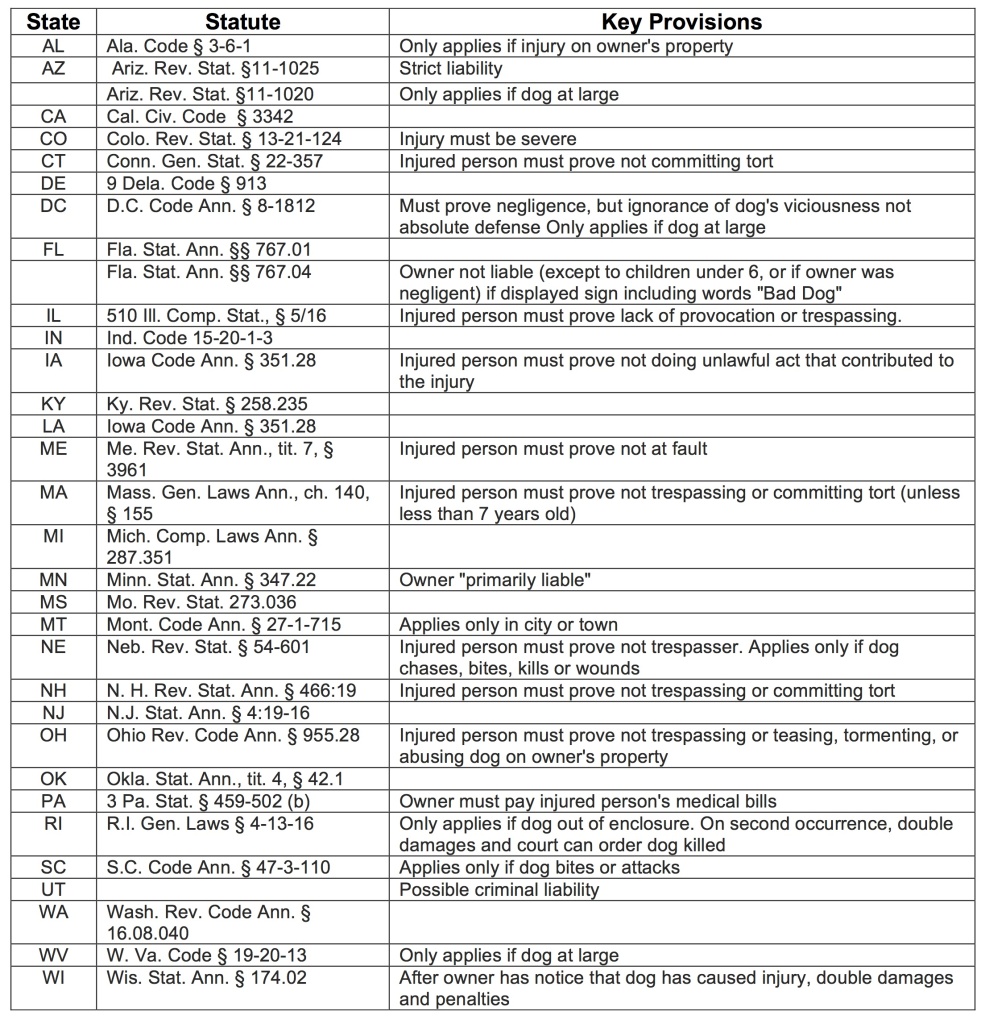 Some states have adopted the “One Bite” rule (also known as the “First Bite Free” rule), which shields a dog owner from liability for injuries resulting from the dog’s first attack, but doesn’t protect him from any liability for subsequent attacks. However, if the dog in question is a breed generally perceived as aggressive (i.e., a Pit Bull), the owner may not be able to take advantage of the One Bite rule.  The following states do not have a strict liability dog bite statute on their books: